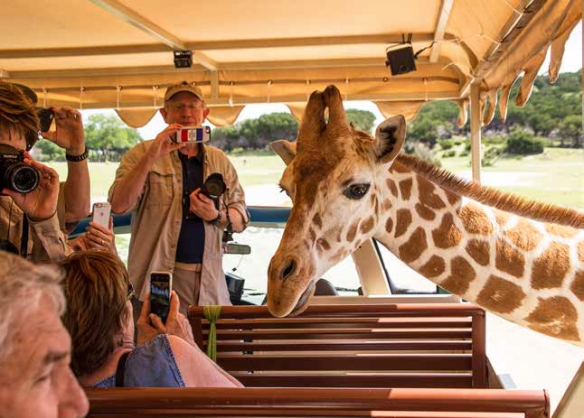 The Trinity Arts Photo Club went a little wild this month. Several of our members visited the Fossil Rim Wildlife Center in Glen Rose, Texas. While this area of the state is known for its fossilized dinosaur footprints, some slightly smaller animals still roam the area. Check the Meetup site for more great outings like this one. 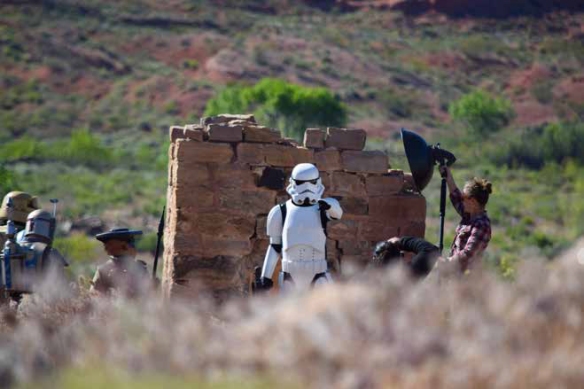 My Mirage by Leanna Mendoza

We were traveling in the Utah desert with nothing around except beautiful landscapes surrounding us. From a distance, I saw a white image. Unable to make out the figure, I used my zoom lens to see this! I had to rub my eyes and do a double take. I told my driver (Teresa) “Go, Go, Go!” We got close enough to take this image. It was the most bizarre shooting experience I have ever had. This was literally a movie moment! I was told the next day, while in the Grand Canyon, that Transformers and Star Wars movies had been shot there, since it was so desolate and Marslike.

Ever look at one of your photos and think something was off but you just didn’t know what? Here’s a short list of composition “rules” and tips that can help you create better images.

This is a fundamental rule that applies to all art in general. (See the image at right.) Visually divide your image into thirds. Make sure the most interesting parts of your photo are happening near the cross hairs, not dead center. Put horizon lines on the top or bottom third. Put trees or wall edges on the left or right third. As with any “rule,” this can be broken. Just have a good reason for doing so.

This is the Rule of Thirds 2.0. There’s not enough space to describe it here. Look up Fibonacci’s Ratio online to get the idea. Rule of Odds If you have a choice between photographing three cute kittens or four cute kittens, always go with three, or five, or seven. Studies have shown that people find an odd number of subjects more appealing. Probably because people themselves are odd.

This is a variation of the last point. Try to find three points of interest that form a triangle. One point could even be out of the shot. Patterns Symmetry or repeating elements can greatly enhance composition. Also, using the subject to break a pattern can be very striking.

Is there something in your shot that points to the subject? A fence? A road? The direction of someone’s gaze? The viewer’s eye will follow obvious or even implied lines.

Images with diagonal lines create a sense of action, imbalance, and depth. Horizontal lines have a calming effect because of their implied stability. Vertical lines can communicate power, strength, or growth.

There is a natural frame around every photo. But if you can create an additional frame within the photo that surrounds your subject, it will help lead the viewer’s eye there.

This is actually one of the basics. Shooting down on something will give the feeling of dominance. Shooting up gives the subject the upper hand. Shooting on the same level has a way of pulling the viewer into the action, a great technique for kids and pets.

One of the key things in your shot is the stuff that isn’t there. Space. If you photograph a running dog, give him some room to run to. If your model is looking off camera, crop her toward the edge she isn’t looking at. Choose uncluttered backgrounds. Everything that isn’t in the shot boosts the visual impact of what is.